The musicians I currently look up to include: Wes Montgomery, Chick Corea, George Benson, Michel Camillo & Frederic Chopin. I was primarily influenced by the guitarist Jimmy Hendrix, & he was actually the very reason I started to play the guitar. As my music knowledge began to expand I began to seek musical knowledge from not only guitarists, but also from pianists and saxophonists. This also encouraged me to learn other instruments including bass and piano. My dream is to become a successful recording artist and musician on the live scene. I hope to be able return them the favour in the future. 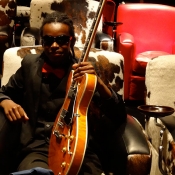 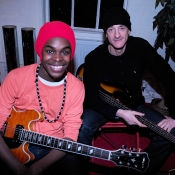 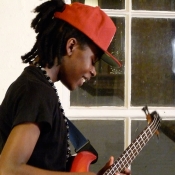 I enjoy a very wide variety of music, some of my musical heroes and influences include Nirvana, Smashing Pumpkins and Red Hot Chilli Peppers to older styles such as The Beatles and Rolling Stones. I am currently part of The Stardust People’s Choir, which is a Jazz Improvisational choir, lead by vocalist Cleveland Watkiss at the World Heart Beat Music Academy. Additionally, through the academy, I am currently attending the Julian Joseph Jazz Academy on Saturdays. I have a passion for songwriting and am inspired by social issues, identity struggles, memories, and life experiences although I am only sixteen!! Although music is my life and singing is everything to me, I have never had the opportunity to have any proper vocal training with one – one teaching on technique and this scholarship will give me this opportunity. 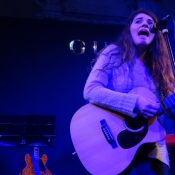 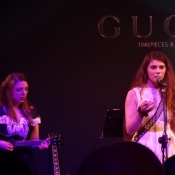 Dieu Merci, was born in Kinshasa, Congo. He has a passion for composing, singing and performing music that is an eclectic fusion of afro beat, rumba and contemporary urban sounds. In 2010 Dieu Merci joined his family in England. At school he started hanging out in the music department where he could find like-minded souls to jam with. Whilst developing his musical skills he was also developing his links with the Congolese community in London and through them he met musicians and started to play with the awesome Congolese Latin band Grupo Lo-kito. 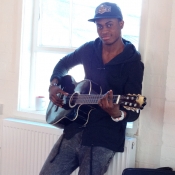 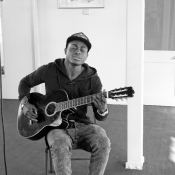 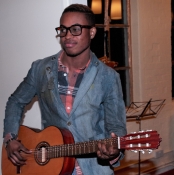 I started the clarinet and playing in the 51st State Band, when I was just 7 years old. I have always had a love of performance, and playing music gives the perfect opportunity to express everything you feel in a better way than can be articulated through words. My favourite performances have been with The 51st State Band at the Royal Festival Hall and also when I was 12, singing in front of 3000 people in Cyprus in ‘The Sound of Music’. This scholarship has given me the chance to discover new things about my own musical capabilities and has allowed me to grow as a musician. 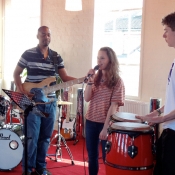 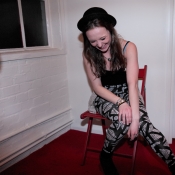 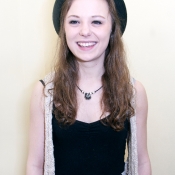 I’m not entirely sure what path I want to follow after studying jazz at degree level, but I know for certain that music will be my main focus throughout my life. Without wanting to sound too predictable and clichéd, I honestly don’t know what I would do without music. It is my one true passion, and no matter what the future holds, I know it will always stay that way. I plan to apply to all of the London conservatoires to study jazz. I am also looking at colleges in Europe and America. I have played the saxophone from the age of eight. I have always had a passion for jazz. Since I completed my grade 8 at the age of 11, I have been studying jazz in great depth, and learning the intricate details and techniques of how to improvise. I have been writing music since I was 9 years old and with my own band, Jazz Code. Thank you for putting so much work into our scholarship programme. It’s a brilliant opportunity, the step up I need and I really appreciate all you’ve done. 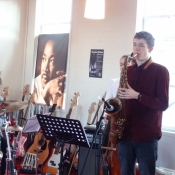 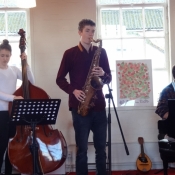 I started playing drums at the age of 3, and I was drawn to the Instrument because of a video in which my mother would watch of a gospel concert. The drummer was Chester Thompson of Genesis. I would watch the video over and over and when I knew this part of the video was coming I would run to the kitchen and take my mother’s pots and pans and begin to play along with it. Fortunately one day when I reached the age of 6, I had the chance to play on a proper kit in front of a congregation of people. The drummer at church was not in one day and I had to fill in for him. When I was 14, I entered the Young Drummer of the Year competition, which is a competition to find the best Under 16 drummer in UK and Ireland. Out of thousands of drummers, I was fortunate enough to win the competition. My dream would be to serve in the top end of the music industry as a Drummer, Producer and Musical Director, touring the world, doing gigs, recording albums, doing TV shows, and being an inspiration to other young drummers. One day I hope to be known as one of the world’s greatest drummer to have ever lived. 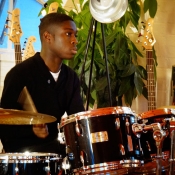 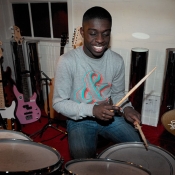 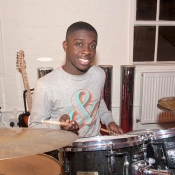 I started playing the flute when I was 8 years old. I have recently done my grade 8 flute and I passed with a distinction. My mother would often read me her favourite poems when I was little, and as I grew older, I began to experiment with my own poetry. Later, I realised I could combine my poems and my music and create song, and this is where the passion came from. 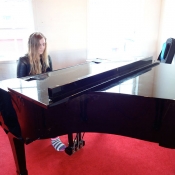 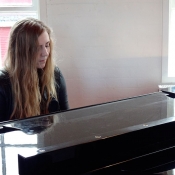 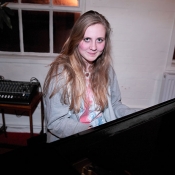 I started playing the saxophone when I was 11 years old, playing and learning
with the 51st State Band. I love to play a lot of classical music and Jazz. Musically, I am very fond of Louis Armstrong and Count Basie. I am also a fan of Ludovico Einaudi, particularly his Eden Roc album. Also I’m a huge fan of late 70s to early 90s rock from Led Zeppelin to Nirvana to Radiohead. My dream is to hopefully become a professional
musician. 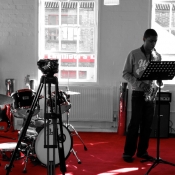 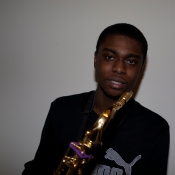 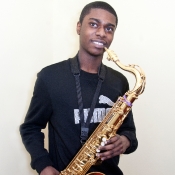 I first started singing when I was 3 years old, in church. Since then I have sung in choirs, ensembles and solo concerts. At 15, I won Wandsworth’s Young Performer of the Year. My passion in Music, Theatre and drama have led me to take part in numerous productions with Youth Music Theatre. I also learnt to play the saxophone at the 51st state band. The experience of playing in band exposed me to different genres of music. I am so thankful to the WHB Academy and the Gucci Timepieces and Jewellery sponsors for giving me this amazing opportunity to have one-to-one singing lessons, which I have never had, and to become more immersed in an art that I love. 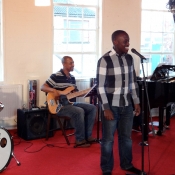 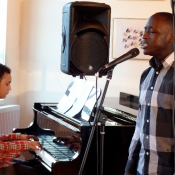 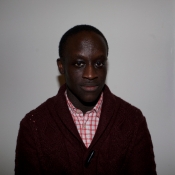 I’m an 18 year old electronic producer. I’ve always been musical playing the flute, but ever since I was 14, electronic music has become my focus and I enjoy the feelings electronic music can convey including euphoria and deep sadness. Since then I’ve been refining my skills and techniques in order to feel confident enough to release an EP. This scholarship means so much to me because it is giving me a step up in the industry that I could have only ever dreamed of. 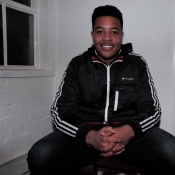 All 10 receive musical support for a whole year and in partnership with the Recording Academy LA two of our students will be flown to attend a 10 day Grammy Camp. Also these students will be mentored by the singer, songwriter, winner of 2 Brit Awards 2013 superstar Emile Sande
This opportunity is a 3-year partnership for starters and each year we will be selecting 10 young musicians who are 100{2e534ef053df196e2437f51df132cae85af5766e7537433a2c98bda92431fc1b} passionate and dedicated to the music business between the ages of 14-18 to be part of this programme. (Main photo credit: www.mobisphotos.co.uk)

This morning I reviewed the demo videos you submitted of the students participating to the UK Music Fund. Just one word: AMAZING. I was impressed by their talent, passion, variety of genres / personal backgrounds and commitment to this project. Please extend these few words to them and the fact we are very proud to support them in this adventure together. Again, congratulations for the great work you are doing on this project.
Riccardo Soliani Brivio
Marketing & Communication Manager
GUCCI Timepieces & Jewellery