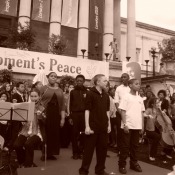 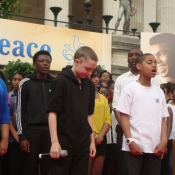 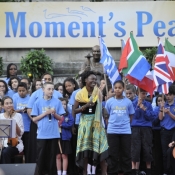 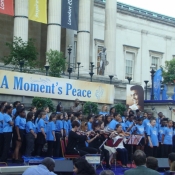 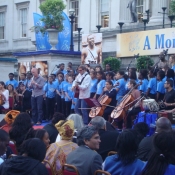 Boris Purushottama Grebenshikov, world reknowned musician, composer of over 500 recorded singles is working with the World Heart Beat Music Academy, alongside musicians Sheema Mukherjee, Alok Verma, Daisy Chute and students of Southfields Community College. ‘A Moment’s Peace’ celebrates the great peace dreamers of our time, linking the dreams of peace from today’s generation to those yet to come. 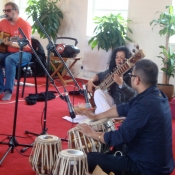 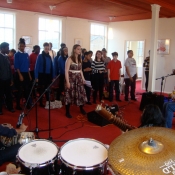 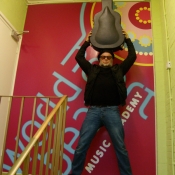 Special Guests include emissaries from peace dreamers past and present who will hold the statue’s Peace Torch and share a moment of peace:

A Moment’s Peace is one of the events being hosted by Art of the Olympians durng the 2012 Olympics. During the Games, over 40 pieces of art by over 20 Olympian artists will be on display in two venues. Incidentally, art was an official feature of early Olympic Games, with Art Competitions being held during the games until 1948.