Aziza Brahim personifies the new voice of the Sahraouis. She is amazing. Here is the chance to experience Saharawi music as it should be heard.

A skilful blending of the t’bel, the traditional Sahraoui percussion instrument (“Ya Mulana”), with other musical styles: the blues (“Mohamed Yeslem”), rock (“Hamid Rabi”) and also funk (“Tank Sensation”). Acoustic and electric guitars and percussion coexist harmoniously, dominated by the powerful and vibrant voice of Aziza who sings alternatively in Hassinya Arabic and in Spanish.”

Aziza Brahim is considered one of the most talented musical voices from Western Sahara. After her last year’s performance at Sahara Nights (June 2012, Roundhouse), where she presented her new album Mabruk, dedicated to her poetess grandmother Lkhadra Mabruk, she has been invited back to London for a fantastic week of concerts and educational activities. Aziza was born in the Saharawi refugee camps in south-west Algeria, but spent many years studying in Cuba. This has influenced her music, an innovative blend of traditional Saharawi hawl, West African rhythms and Latin Jazz. Singing in Hassania, the native language of her homeland, and Spanish, Aziza has been a great ambassador for the Saharawi cause, dedicating all her singing to her people.

Diwan El Maalouf is the captivating mixture of Maghreb’s spiced rhythms. The four piece band engages their audience with the discovery of suave and intoxicating melodies. The harmonious notes are a blend of Issawa sacred songs, the frenzy of the Gnawa genre and the charms of traditional Malouf music. The band is led by Redha Boudebagh, traditional Issawa song prodigy, who grew up with the greatest sufi masters from the region of Constantine in Algeira. Redha is accompanied by South African bass player Marcel Stranis, co-founder of World/Jazz/Funk band, B-Hut, which achieved a cult following during the late 80s and early 90s, the talented percussionist Salim Benani and Samir Nacer, who plays numerous instruments. Redha has already participated with Sandblast in several events in the past such as Sahara Nights at the Roundhouse. 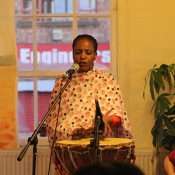 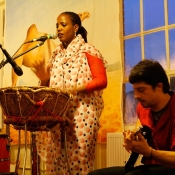 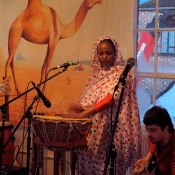 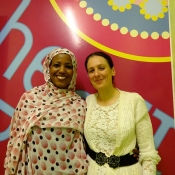 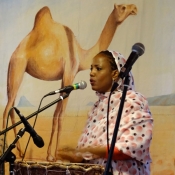 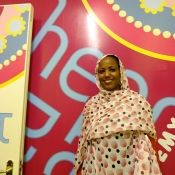 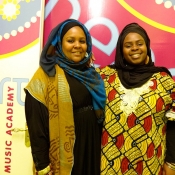 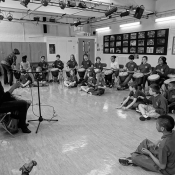 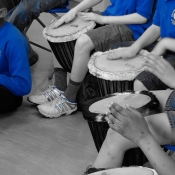 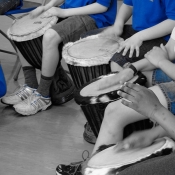 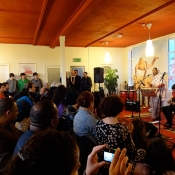 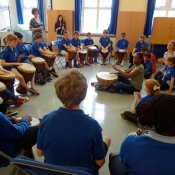 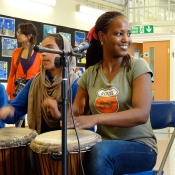