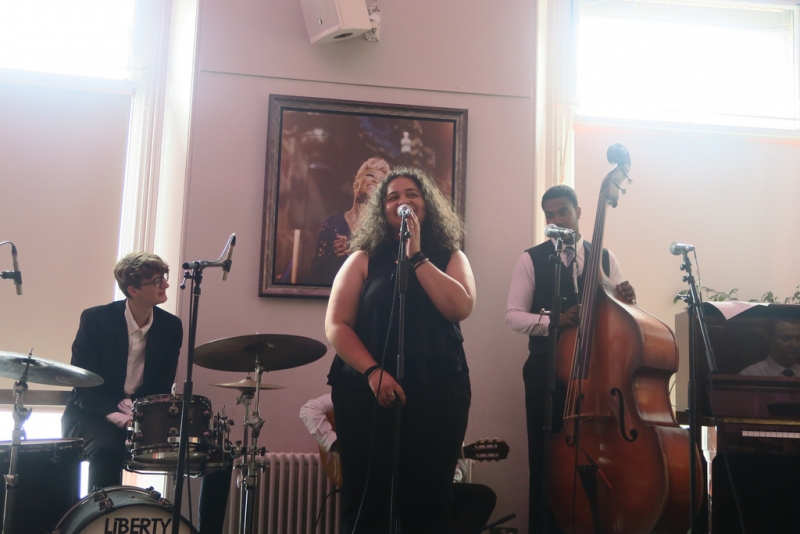 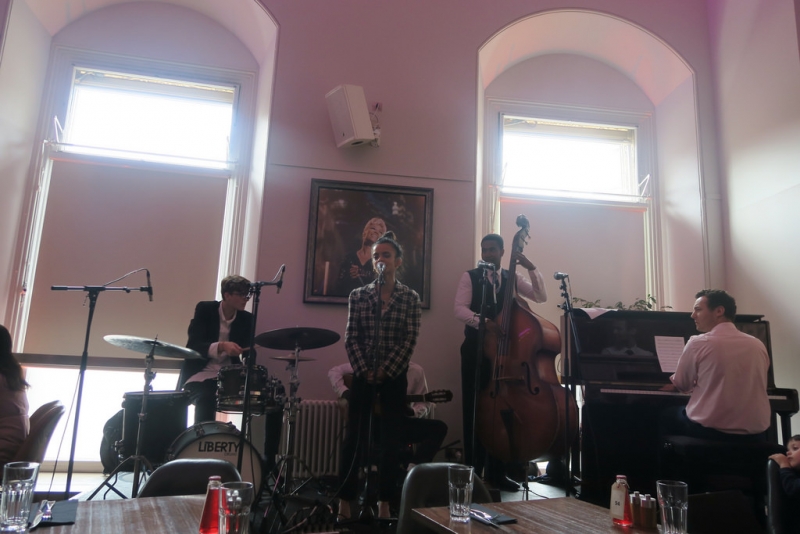 As part of the Free Friday Music in the Royal Albert Hall’s Verdi-Italian Kitchen, a selection of WHB musicians had the great opportunity of performing at the prestigious venue on Friday 1st June. This performance featured some of the most exciting and promising young jazz musicians in the country today, drawing repertoire from the Great American Songbook. The Great American Songbook, also known as “American Standards”, is the canon of the most important and influential American popular songs and jazz standards from the early 20th century. The band was led my the vocalist Ava Joseph accompanied by Carla, with Wilf on drums, Iao on keys, and Ezekiel on double bass.