Through our partnership with Gucci Timepieces & Jewellery, two of our Gucci scholars were given the fantastic opportunity to attend GRAMMY Camp in LA. This year, Jordan and Renato flew out to LA on an all-expenses paid trip to meet some of the best in the business and earn some truly valuable experience.

“Going to Grammy Camp has been such an amazing experience and I am so grateful to have had the opportunity to learn there alongside such gifted creatives!”
– Renato

To Gucci,
I am writing to thank you for the amazing opportunity you gave me as it has made a huge impact on what my future holds. Being a participant in Grammy Camp 2014 has changed my approach to making a pathway in the music industry entirely, broadening my perspective and opening my eyes to the vast opportunity out there beyond what I have ever previously thought possible. Meeting and quizzing giants such as Leslie Drayton, Mike Knobloch and Al Schmitt (to name but a few), have given me such inspiration to go out and do what I’m passionate about for a living using the cunning, hard work and determination that they told of in the many intriguing stories I absorbed over the ten days. Through this I have gained a great amount of experience which has enhanced my skills; from laying down a track in the studio to getting better at networking, from improving songwriting skills to learning further about the encrypted maze of copyrighting and the laws that make it possible for a song to make money. From knowing about split sheets and songwriting percentages to understanding about multiple revenue streams in the industry. I could give you lists for days, but the point being everything I learned helped put my goals into perspective and taught me what its really like at the top level of the music industry, and understanding the best ways to hustle when you’re starting from the bottom with an eye for the top. There was no way I would have been able acquire such knowledge and experience without being part of Grammy Camp 2014 and so I thank you immensely. As well as the guys down at World Heart Beat Music Academy, I shall be forever in debt to you for your support and generosity.

Yours most sincerely,
Jordan Thompson Hadfield 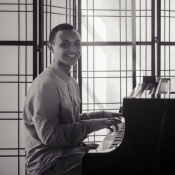 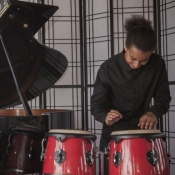 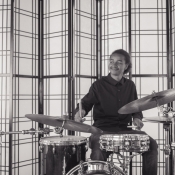