Diwan El Maalouf is the captivating mixture of Maghreb’s spiced rhythms. The four piece band engages their audience with the discovery of suave and intoxicating melodies. The harmonious notes are a blend of Issawa sacred songs, the frenzy of the Gnawa genre and the charms of traditional Malouf music.

The band is led by Redha Boudebagh, traditional Issawa song prodigy, who grew up with the greatest sufi masters from the region of Constantine in Algeria. Redha is accompanied by South African bass player Marcel Stranis, co-founder of World/Jazz/Funk band, B-Hut, which achieved a cult following during the late 80s and early 90s, the talented percussionist Salim Benani and Samir Nacer, who plays numerous instruments. Redha has already participated with Sandblast in several events in the past such as Sahara Nights at the Roundhouse. 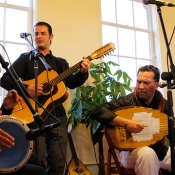 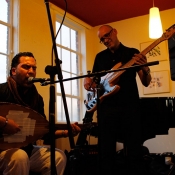 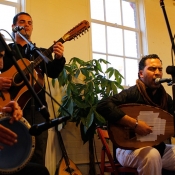