On 13th May, we hosted a stunning concert in celebration of the life of Nelson Mandela. Over 120 people crammed into the Academy to support our talented students as they played and sang a variety of South African themed pieces:

The concert was directed by Trevor Watkis and accompanied by guest artist Tony Kofi (award winning British Jazz musician). The music, together with the vibrant surroundings conjured up a tangible South African atmosphere.

After a brief interval, Alex Pascall OBE (legendary broadcaster and founder of national newspaper The Voice) took the stage to deliver a moving speech. He remarked on how wonderful it was to see so many people from such a variety of backgrounds under one roof for a common cause.

Celebrating the significance of Nelson Mandela and the value of all people in society. Directed by Trevor Watkis and featuring the young and talented musicians at the World Heart Beat Music Academy and contributions from special guests. 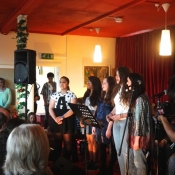 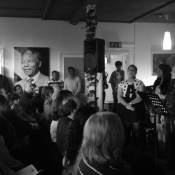 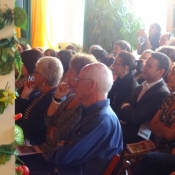 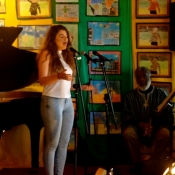 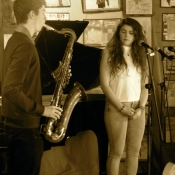 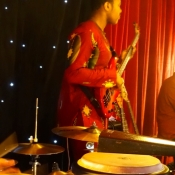 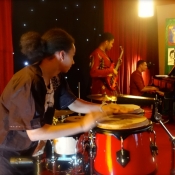 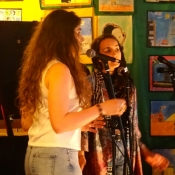 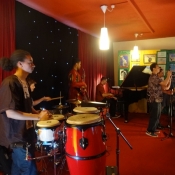 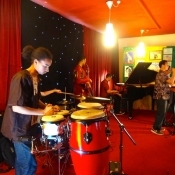 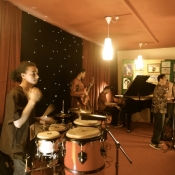 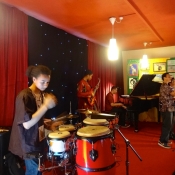 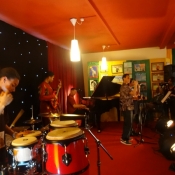 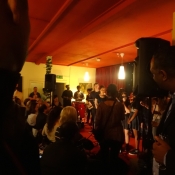 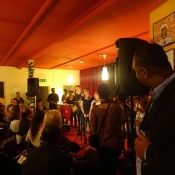 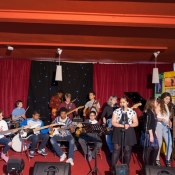 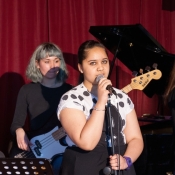 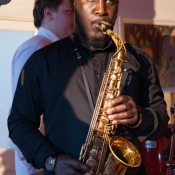 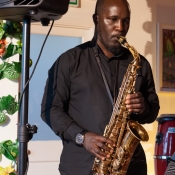 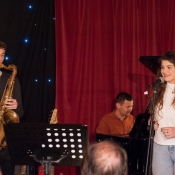 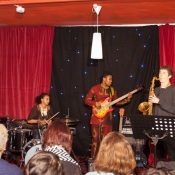 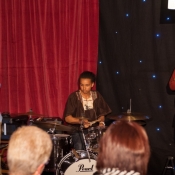 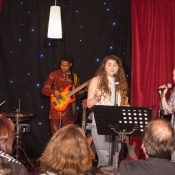 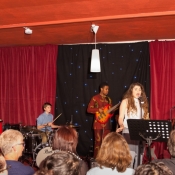 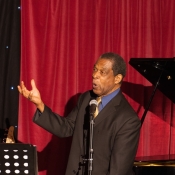 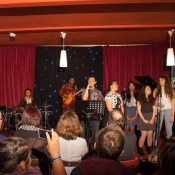 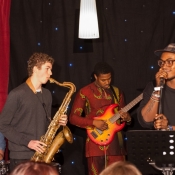 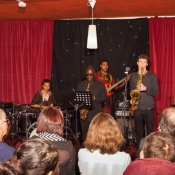 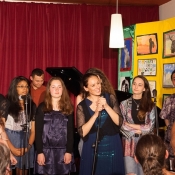 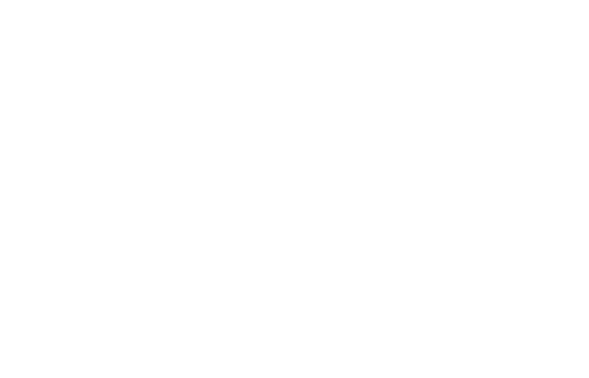 The sound of children playing and laughing – exactly what our founder Nelson Mandela would have wanted – marked the beginning of construction of the Nelson Mandela Children’s Hospital in Johannesburg on 20 March 2014.

Speaking at the construction site, Sibongile Mkhabela, CEO of the Nelson Mandela Children’s Hospital Trust, said the hospital was dedicated to the children of southern Africa.

Sibongile said:
“After years of fundraising under difficult economic conditions, we are proud to announce that we have raised R570 million, enabling us to break ground and start building the hospital. Fundraising by the hospital trust will continue until the target of R1 billion is reached.”

Motsoaledi said:
“On behalf of the Department of Health, we commit our continued support. The hospital will be a place for teaching and research.”

Wits University Vice Chancellor Professor Adam Habib remembered how Madiba walked the academic institution’s grounds in the 1940s and was told by one of its academics that “black people cannot be great lawyers”. “I wish to apologise for this and the donation of land to make your dream a reality is our demonstration of our apology .Wits University will ensure that we have various academic and clinical synergies for the operation of the hospital and for the training and education of high level clinical paediatric skills in the southern African region,” he said.

The building of the Nelson Mandela Children’s Hospital is the one place where the legacy of Mr Nelson Mandela and his love of children exist in the daily life of a child. Every interaction will be an expression of his love and care for children.

Through its training and research, the hospital will build human capacity and will spread the ethos, values and approach of Mr Mandela.

As Mr Mandela said:
“Children have a right to be cared for and receive the best medical treatment available when they are ill. They have a right to receive this treatment in an environment that is safe and caring with uncompromising standards and where the needs of children are always top priority.

The need for a dedicated children’s hospital is not a luxury, but a vital necessity that can no longer be delayed. This is a call for action to people who not only sleep to dream, but are also capable of waking up to work towards making dreams a reality.

I thank you for your commitment to this wonderful initiative of the Nelson Mandela Children’s Fund, and I ask for your continued support as we work together to take one step further in our efforts to change the way society treats its most precious asset – our children.” Nelson R. Mandela

We need your help to make Mr Mandela’s dream a reality.

Motsoaledi said:
“On behalf of the Department of Health, we commit our continued support. The hospital will be a place for teaching and research.”